Posted on March 4, 2019 by Cameron Burgess Leave a comment

After a not-so-successful stint with the Cleveland Browns to begin his NFL career, Johnny Football took his talents north of the border to play in the CFL. It was pretty clear that he didn’t see the CFL as his future career, but rather a stepping stone on his journey to get back to the NFL. One season later, and it

END_OF_DOCUMENT_TOKEN_TO_BE_REPLACED

The XFL is coming back, but for how long?

Posted on February 1, 2018 by Cameron Burgess Leave a comment 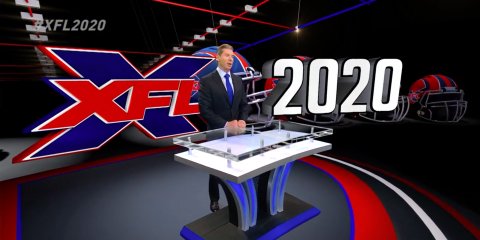 It’s been a week since Vince McMahon announced that he is bringing back the XFL. It won’t be here for a few more years, but there’s already a lot of speculation about who might or might not be involved when the league returns after a 19 year hiatus. #XFL2020 @VinceMcMahon — Johnny Manziel (@JManziel2) January 25, 2018

END_OF_DOCUMENT_TOKEN_TO_BE_REPLACED

Posted on August 7, 2017 by Thomas Waind Leave a comment

One of my favourite goofy sports movies growing up was Vince Vaughn and Ben Stiller’s Dodgeball: A True Underdog Story. A battle between David and Goliath, fast-paced dodgeball action and an old-man drinking his own urine because it’s sterile and he likes the taste. It had everything. The recent Colin Kaepernik saga  has got me thinking about all of the