Bortles vs. Brady: The BOAT vs. The GOAT

The last time the Patriots ran into a Tom Coughlin-led team with a polarizing quarterback in the playoffs this happened:

Today’s AFC Championship Game has been branded the BOAT (Best Of All-Time) versus the GOAT (Greatest Of All-Time) as a true battle of the quarterbacks. Sure Tom Brady might be considered “the greatest QB of all-time”, but the way that man-child Blake Bortles has plugged his way to within one game of a Super Bowl appearance is truly a sight to behold.

In advance of this afternoon’s big game I’m going to break down various aspects of the Bortles vs. Brady match-up.

“When there’s so many haters and negative things, I really don’t care.” – Kim Kardashian

Ever since his first interception, former third overall pick Blake Bortles has had his fair share of haters. He’s been branded a “bust”, and “the worst quarterback in the league” but he just simply doesn’t care.

Bortles… Lebron… I’m having a hard time even telling the two apart at this point.

If we’re tallying the sheer amount of haters then you have to give the advantage to Bortles over Brady.

You’ve got to beat the best to be the best

Important news from @NFLGameDay: #Patriots QB Tom Brady walked in to @GilletteStadium with his hands in his pockets, bag over his shoulder. Usually, he carries his bag with his right hand. This is important pic.twitter.com/CTPaj7Kt8j

“Only those who dare to fail greatly can ever achieve greatly.” – Robert F. Kennedy

“I’m not a guy that believes you’ve got to have a lot of experience to have success in the playoffs.” – Phil Simms

Just a reminder that God is a Patriots fan: 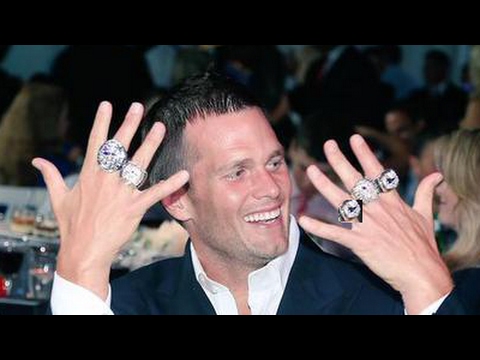 All jokes aside this is definitely the Patriots game to lose. They’re at home. They have Gronk. Belichick continues to pull the strings. Tom Brady probably has some prosthetic robot hand hidden under those gloves. I’m just saying there is not a 0% chance that the elite Jaguars defense, Leonard Fournette and the BOAT find a way to win this game.