Another year another pick battle. Quite honestly I forgot to post the results of last year’s. To recap, Brendan won a case of Rolling Rock and Cam is a coward who never did a punishment for losing.

This time around, Ray has entered the fold and I’m going to put a punishment in writing. Winner will still win a case of Rolling Rock, otherwise known as the King’s spoils of war. The loser will have to change their Twitter profile pic to a picture of them wearing the jersey of their least favourite team and must not change the picture for a whole year. For Ballantyne and I we would have to wear one of Cam’s Bruins jerseys, Ray would have to wear a Blackhawks jersey and Cam would have to wear a Leafs jersey. The stakes have never been higher(?)

Before I break down our picks, I thought I would give an update on the podcast situation. We have been off of the air waves for a couple of weeks due to school ending and us having to figure out how to format over Skype. Expect a victorious return to the podcast game within the next week or so.

For Every OT Tweet a VGK and WSH player for who will score the OT Goal. 10 points per correct pick.

Over Unders (2 pts for every pick)

Ovechkin Goals Set at 4.5
Thomas: Over
Brendan: Under
Cameron: Over
Ray: Over

Back-Up Goalie Starts Set at 0.5
Thomas: Over
Brendan: Under
Cameron: Under
Ray: Under

Total Overtime Games Set at 1.5
Thomas: Over
Brendan: Under
Cameron: Under
Ray: Under

Total Shutouts in Series Set at 0.5
Thomas: Under
Brendan: Over
Cameron: Over
Ray: Over

Total Goals in Series Set at 24.5
Thomas: Under
Brendan: Over
Cameron: Over
Ray: Under 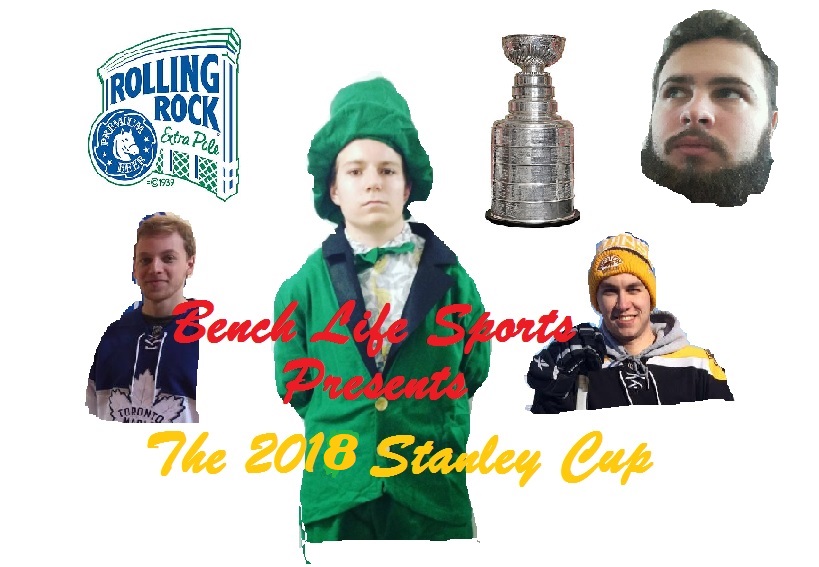