Top 5 Most Overpaid Players Heading into the 2018 NFL Season

Posted on September 9, 2018 by Cameron Burgess Leave a comment

The 2018 NFL season is officially underway, but the last few weeks have seen a number of players making some trips to the bank after training camp. First, Odell Beckham Jr. hit the jackpot, securing a 5-year, $95 million dollar extension making him the highest paid receiver in league history. Not to be outdone, the Packers and Aaron Rodgers also agreed to a record-setting 4 year, $134 million dollar deal with over $100 million guaranteed. While some might argue that Beckham Jr. shouldn’t be the highest paid receiver, most people can agree that Rodgers deserves his payday. But with every good contract, there are some bad ones as well. With these huge contracts fresh in our minds, it’s time to take a look at the contracts that leave NFL fans scratching their heads.

After spending most of his career as a backup, Keenum was thrown into the starting spot with the Vikings last season. Despite leading the Vikings to the NFC Championship Game, there was always doubt as to whether or not he looked better than he actually was because the team around him was pretty much stacked. When the Vikings brought in Kirk Cousins this offseason it signaled the end of Keenum’s time in Minnesota, and with the number of teams in need of a QB and not a ton of options on the market, it meant that Keenum was in high demand. While the Broncos still have a strong defense, they are nowhere near the same level they reached a few years ago when they won Super Bowl 50. Keenum is an improvement over the options they’ve had under center the last two years, but he isn’t the game-changing talent that the Broncos are looking for. 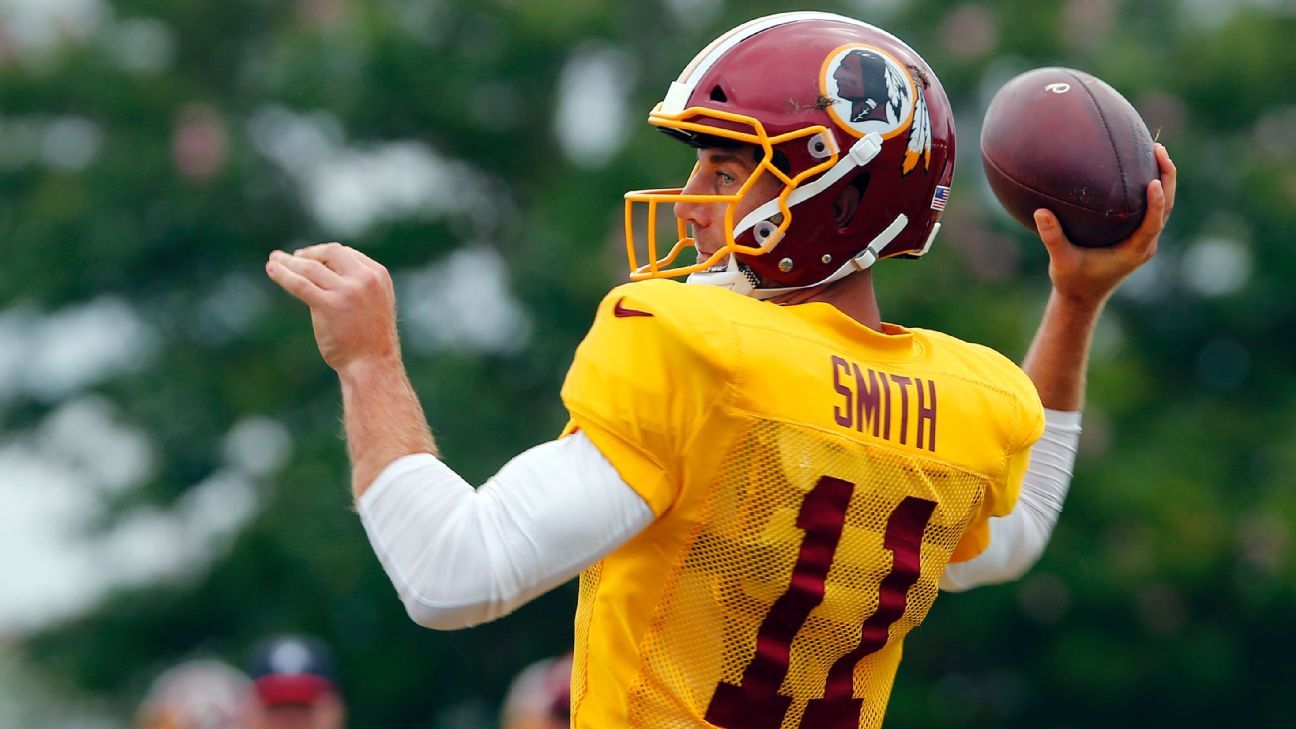 Despite his regular season success, compiling a 50-26 record over the last five seasons with the Kansas City Chiefs, Alex Smith was just 1-4 in the playoffs over that same span of time. Even more concerning is that two teams, the San Francisco 49ers and Kansas City Chiefs, have moved on from Smith without too much concern. Smith has always been a more of a game manager, relying almost entirely on short passes. Luckily for Smith, the best season of his career came in a contract year. With Cousins leaving Washington for Minnesota, the Redskins had the money to spend on his replacement. I just don’t think Smith will be able to help the team out. He just had his best season statistically, yet the Chiefs were ready to move on. Now Smith goes to Washington, where he won’t have the same level of talent as Tyreek Hill and Kareem Hunt to turn short passes into big gains for him.

This isn’t the same guy we saw coming out of Clemson a few years back. Watkins has been hit with injuries throughout his career, and it doesn’t seem like he has the ability to reach the elite potential that was once seen in him. He’s still good, but he’s not a solid #1 option like he used to be, yet he’s somehow only making $1 million less than Antonio Brown. The Bills gave up on Watkins when they traded him to the Rams last summer, and after just one season in LA, he’s on to his third team in as many years. His yardage took a hit last season, but he still found the endzone eight times in an offense that was loaded with talent. The issue is the Chiefs are now paying Watkins #1 receiver money when he’s in a similar situation to Los Angeles: he’s one weapon among many, including Hill, Hunt, and Travis Kelce. Right now, it’s looking like the money he’s getting is more than his production is worth.

I get the Jimmy G hype. I witnessed it first hand. I’m not trying to argue that he isn’t good, but I will say that his contract is absolutely insane for a guy who only has seven career starts. SEVEN. At the time it made him the highest paid player in the NFL, with an average cap hit of $27.5 million per season. There are so many unknowns with the contract at this point that it’s hard to get a good read on it, but that’s exactly why right now he’s being overpaid. How often does a player get a contract like this based on what they have to potential to do, rather than what they have already done? To be fair, Jimmy GQ has looked good (see what I did there?) in his NFL appearances. The 49ers were a mess last season, yet with Garoppolo starting they won their last five games to end the season. But right now he’s getting paid over $10 million per career touchdown pass. Maybe he’ll be a star player one day, but right now he’s an unproven quarterback making elite level money.

First of all, I want to point out that this is a brand new contract. This isn’t Sam Bradford at the end of a deal. The Arizona Cardinals literally just handed this guy $20 million dollars to lose his job to Josh Rosen. Bradford missed most of last season with a knee injury on the same knee which he tore his ACL in 2013 and again in 2014. It’s a relatively safe deal since it’s only one year, but after reports that his knee injury could have been potentially career-ending last season, it seems like the market for Bradford couldn’t have been huge. Maybe the Cardinals don’t want to rush Rosen to become the starter, and Bradford buys them some more time to get him ready. Bradford actually put together a pretty good season in 2016, throwing for 3877 yards, 20 touchdowns and only 5 interceptions, but he’s not the long-term solution in Arizona. In all likelihood, Bradford gets hurt a few games into the season and Rosen has to take over anyways.

Maybe some of these guys find a way to live up to the contract, but based on how it looks right now, these contracts are just a few examples of why Le’Veon Bell is holding out for his next contract.