A Title 24 Years in the Making

The Toronto Raptors are NBA champions.

Last Thursday night was the peak of my sports fandom. Having been a Toronto sports fan my whole life there were certainly more losses than wins.

This playoff run has been both both biggest rush and one of the most mentally taxing stretches. They say “act like you’ve been there before” but I literally haven’t been there before. The emotional toll that a playoff run puts you through is something I’ve never had to experience. Usually when my teams make the playoffs it’s like ripping off a band-aid and they get eliminated right away.

This year in retrospect this year was an absolute roller coaster. From the initial Kawhi trade, to the “load management” regular season, losing Game One of the playoffs to Orlando, Philadelphia taking it to seven games, “The Shot”, Milwaukee’s 2-0 series lead in the Conference Finals, Toronto charging back and winning four straight to advance to the Finals, the Klay injury, the Durant injury, the other Klay injury, the Game 6 win…nevermind foul was called before the inbound, Kawhi shoots free throws and then…

Best pictures from the Championship Parade 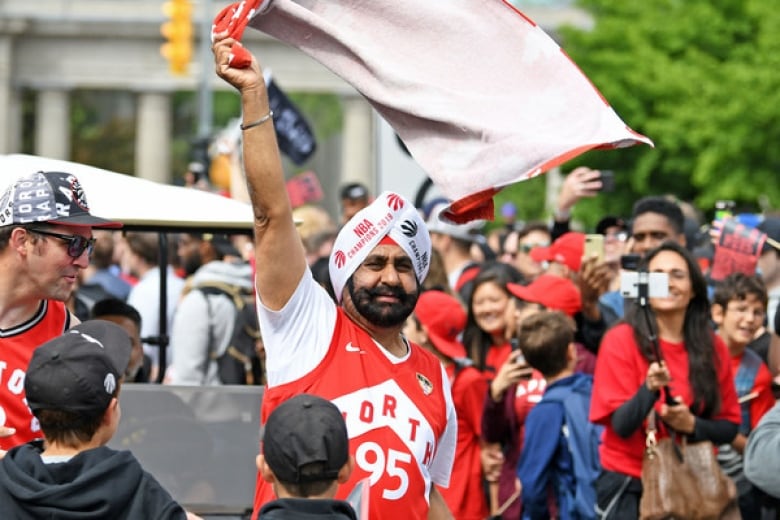 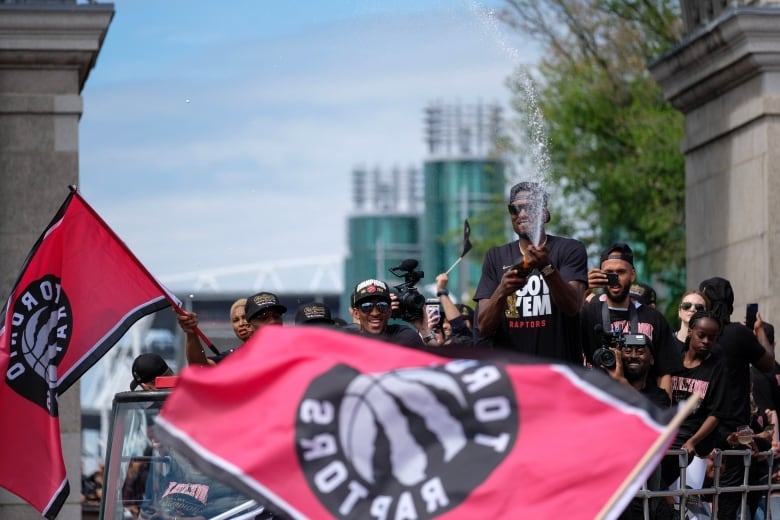 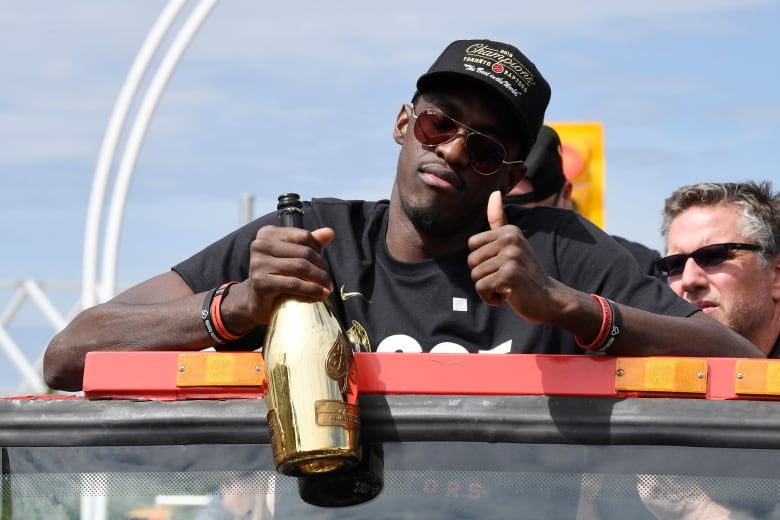 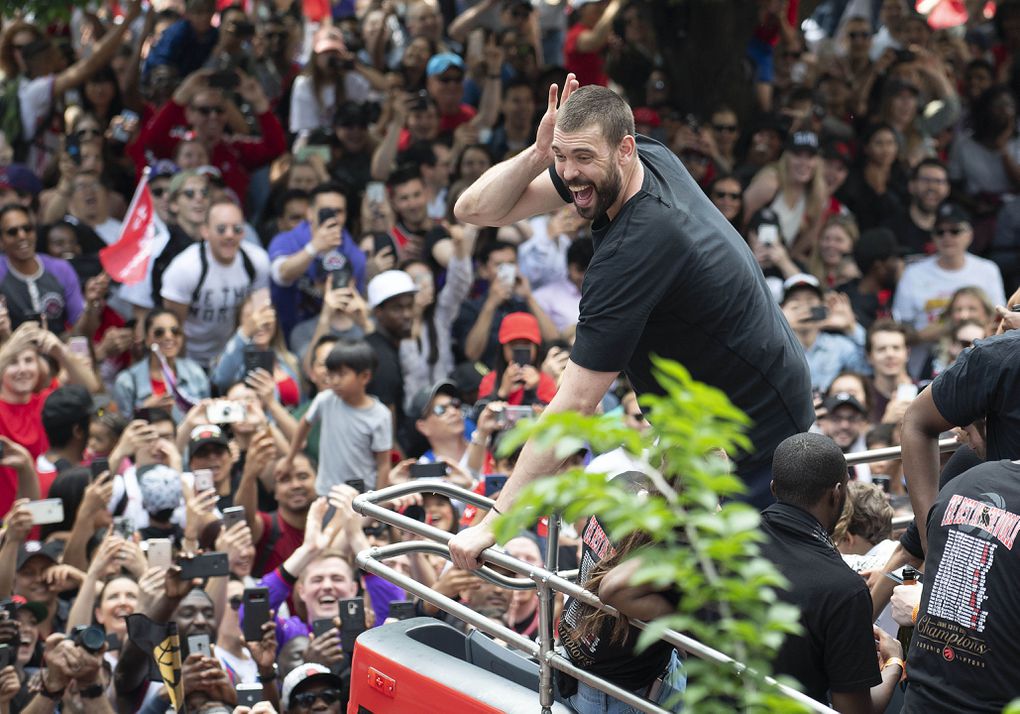 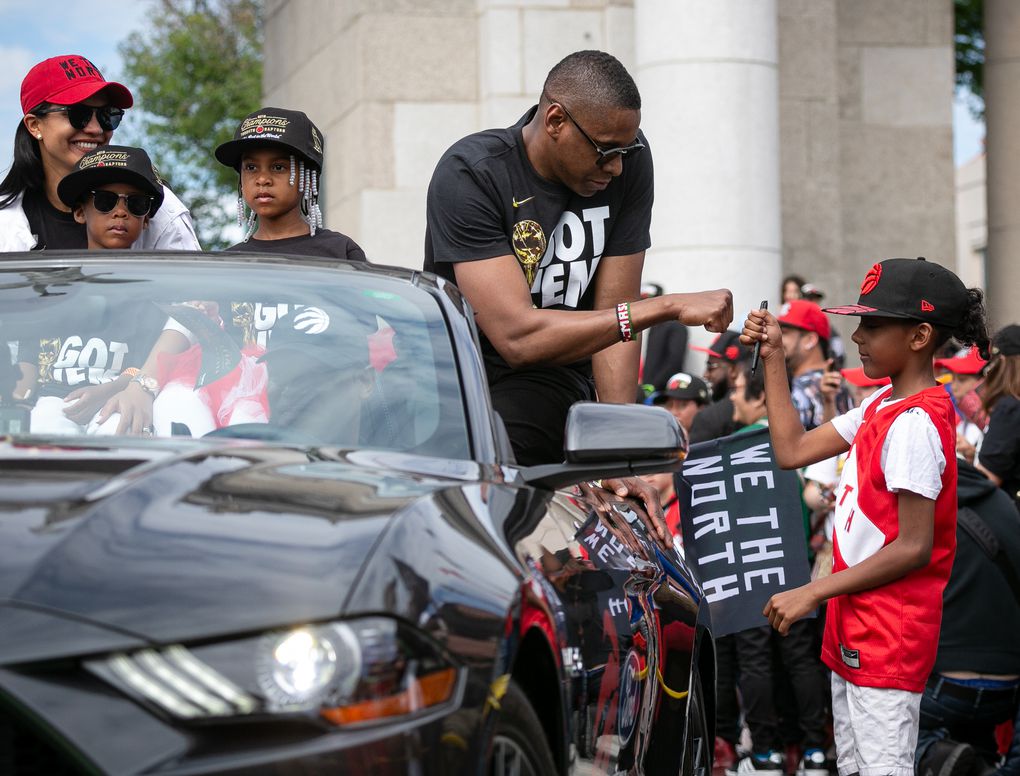 My Blue Jays and Maple Leafs fandom is something that I was born into. My dad and grandpa were die hard fans so I would be remiss not to follow those loveable losers into the abyss. I used to bike over to my grandpa’s place on MLB Opening Day and the first Leafs game of the season, kick my feet up and watch the season end just as it started. My Grandpa and I were always optimistic that the likes of Alex Steen and Aaron Hill were the keys to turning their respective Toronto franchises around.

But when it comes to the Raptors, that is a team that I felt that I  picked. Which isn’t necessarily a better feeling–I would be an absolute puddle to see the Blue Jays win a World Series or watch Auston Matthews lift the Stanley Cup–but it’s just a different feeling.

Growing up playing basketball in a small, hockey-dominated town, my buddies and I were a group of Raptors fans very much in the minority at the time. The Leafs could look for the right pieces to surround Sundin, we were looking for a point guard for Chris Bosh. The Leafs had Joe Bowen and Bob Cole, we had Chuck Swirsky and Jack Armstrong.

Being the white, incredibly short, slow, shooting guard that I was, I spent my fair share of time on the bench. My Italian buddy Mikey G would accompany me at the end of the bench. Honestly he’s probably an even big a bigger Raptors fan than me.

At the end of the bench we’d do our best Chuck Swirsky imitations and call play-by-play whenever our mediocre basketball team would sink a few shots. “Onions baby onions!” “Bring out the salami and cheese mama! This one is over!” And when the game in front of us inevitably get boring–usually in the middle of the third quarter of a 30 point dismantling–we’d develop blueprints in order to turn the Raptors around.

“In limited minutes Linas Kleiza has been a stud. If we start playing him more maybe we can catch a few teams napping.” “I for one think Sonny Weems needs more rope.” “Honestly Bargnani might be kind of lazy. But if he can build a bit of a game around his jumper he can be a poor man’s Dirk.”

Yeah we are idiots.

When the clock hit 0:00 in that Game 6 the first call I got a call was from that glorious idiot Mikey G. “We did it bud. Holy shit we did it.” Just an absolutely poetic moment shared between a couple of morons.

We may not have been able to get over the hump with Demar, but his fingerprints were all over this championship team. He was the first All-Star to embrace Toronto and actually decide to stay. Years of watching guys like Carter, McgGrady and Bosh leave for “greener pastures” left Toronto feeling like an ugly step-sister NBA franchise. Nobody wanted to be in Canada… until Demar.

This was five years ago! The first “We the North”. The first “Jurassic Park”. This Raptors playoff team just felt different than the last iterations led by Carter or Bosh. It was a frisky team that the city rallied behind and really set the wheels in motion for what we witnessed last week.

3. I don’t know what to call this but it gave me chills 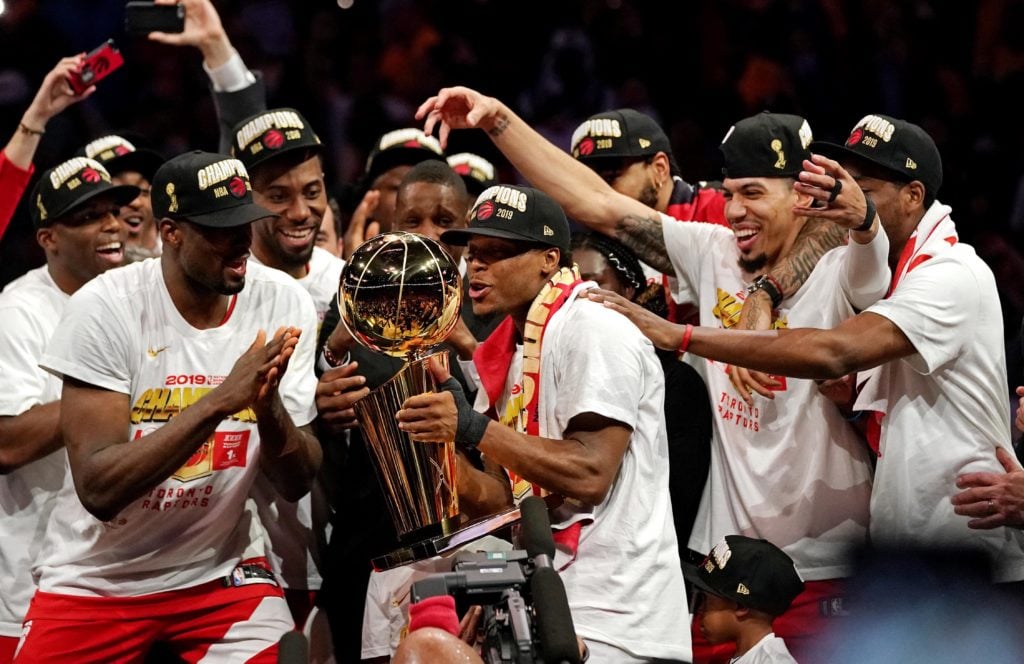 After the Raptors ownership group got the first hoist, Serge and Masai made sure that Kyle was the first Raptor to get his hands on the trophy. The guy is the last man standing from the first “We The North” 2013-14 team. For all of the heat he’s taken in years past over his ability to rise to the playoffs, it’s just poetic that Kyle led the way with 26 points, 10 assists and 7 rebounds.

As wild and exciting as Game 6 was last night, this shot–this crazy unrepeatable shot–was the defining moment of Toronto’s championship run. I’ve watched a lot of Raptors basketball and this shot just doesn’t go in. This moment signified that this year was different.

Now this whole piece might come off as the ravings and ramblings of a lunatic, but honestly watching the Raptors for two decades will do that to you. This championship just means so much. It’s just been a wave of pure elation. Cheering for the Toronto Raptors, through their ups and down, has been one of the most profoundly satisfying aspects of my life.

This joy for this Toronto Raptors championship is the cumulation of years of my love for the game of basketball. Driving to tournaments with my parents, practicing fade aways and post hooks in the driveway with my brother, not to mention the countless people I’ve connected with through the sport.

This in of itself is the essence of this Toronto Raptors team. It has just brought so many people together across Toronto, across Ontario and across Canada. It’s a beautiful thing. This was apparent when my brother and I took the whole day off to get into Jurassic Park for Game One of the Finals. In the area the were thousands of fans of different ages and races all brought together by the Toronto Raptors.

Look no further than that Raptors team itself to see how a trivial game can bring people together. Serge Ibaka and Pascal Siakam rose out of Africa to play on basketball’s greatest stage. Spaniard Marc Gasol finally got his first championship at age 34. Jeremy Lin was the first Asian American to win an NBA title. Undrafted Canadian Chris Boucher won a championship in the same season he locked up G League MVP and Defensive Player of the Year. Not a single player on the team was a lottery pick in the respective draft year. And rookie coach Nick Nurse–who started coaching coaching in 1990 for the British Basketball League’s Derby Storm–was the one to bring all of these loveable misfits together. This is one of the best and most fun professional sports teams that this city has ever seen.

Cherish every moment of this team while you can. There’s no point lamenting on the Kawhi decision more than you have to. Just soak it all in because there’s no guarantee we will ever see anything like this again.

The Toronto Raptors are NBA Champions.