Just How Bad are the New York Giants?

Posted on October 5, 2017 by Cameron Burgess Leave a comment

It’s a bit late, but better late than never right? Check out my view on some of the big stories from Week 4 of the NFL season.

Heading into this season, the Jets were expected to be the worst team in the NFL, with some experts predicting an 0-16 season. Yet after Week 4, they’re 2-2 and not even the worst team in their city. The Giants were actually supposed compete with the Cowboys for the NFC East division, but after a slow start they’re one of four teams with an 0-4 record. Which raises the question, just how bad are the Giants?

It’s hard to point to out exactly what went wrong for the Giants this year. They opened the season against the Cowboys, but managed to score only 3 points in a 19-3 loss. Eli Manning threw for 220 yards, but 0 touchdowns and 1 interception. However, the running game was nonexistent, with four runners combining for only 35 yards all game.

Week 2 was a lot of the same, as the Giants once again struggled to generate any offense. But at the same time the defense didn’t give up much either, only 257 total yards. Despite this, the Lions still put up 24 points, including an 88-yard punt return TD to make it a two possession lead for Detroit.

Even when the Giants do manage to put up some points, they still find a way to lose. Week 3 saw them score 24 points in the 4th quarter, only to lose on a 61-yard field goal with no time left. Week 4 was a similar story, losing 25-23 to Tampa Bay courtesy of another late field goal. The Giants play San Diego this week, a game in which one of the 0-4 teams will finally get their first win of the season.

In other news, this Patriots season is something fans haven’t seen in a very long time. While the offense is still producing, the defense is now the worst in the NFL. They’ve given up an average of 456.8 yards per game, 60 yards more than the second worst team. To go along with this, they’re allowing 32 points per game. You can’t even point fingers at the offense for not doing enough. They’re averaging the most yards per game at 423.8 yards and 32.3 points per game, good for second in the league. 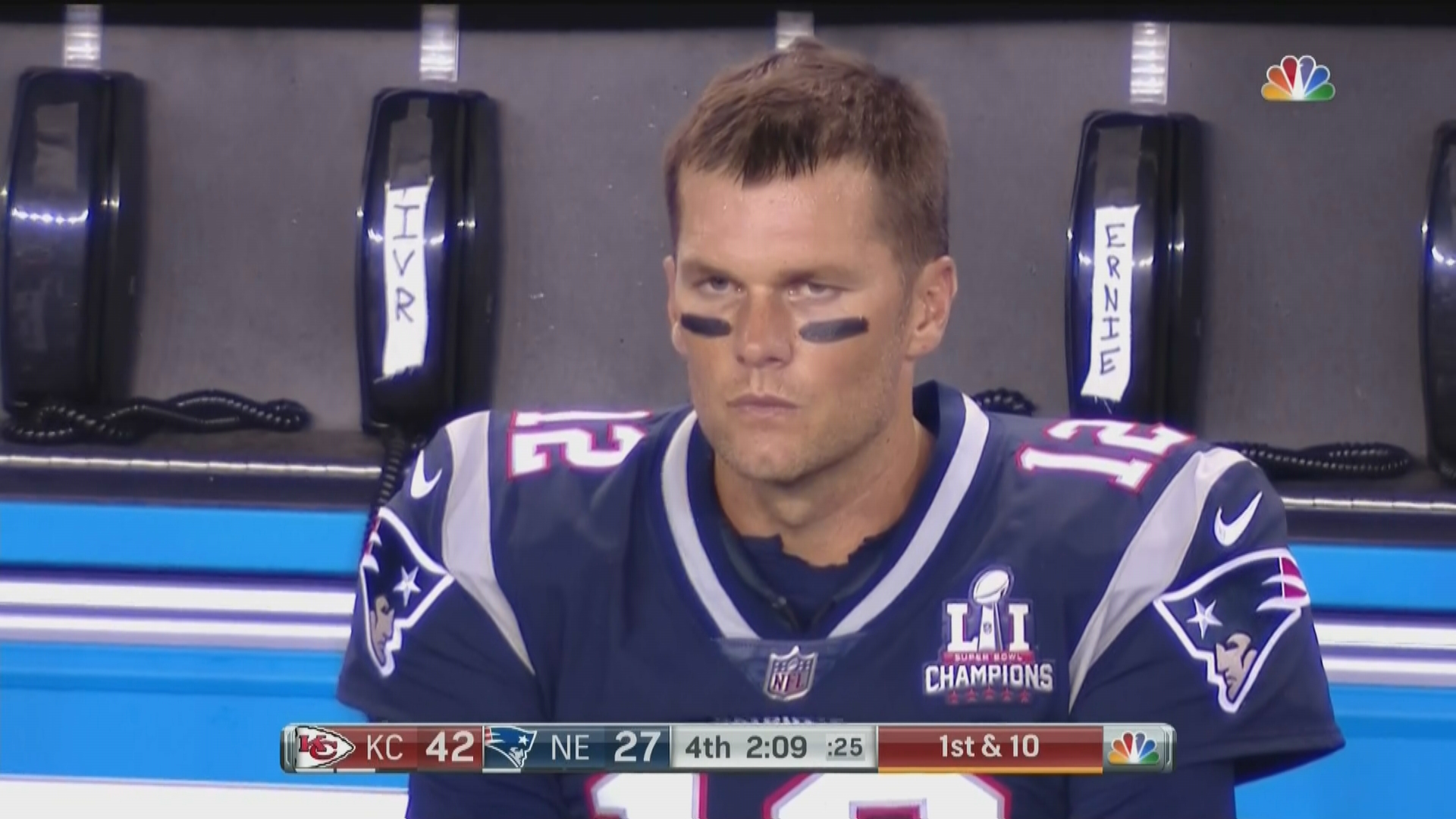 Brady’s expression basically sums up how every New England fan is feeling. We’ve become accustomed to watching the Patriots roll through the regular season every year, and with the moves they made last summer, it was supposed to be another year of the same story. When Edelman was injured in the preseason, it raised questions about how the offense would deal with the loss, but they seem to have no issues so far. Nobody predicted the defense to underperform to this level, especially with Stephon Gilmore coming from Buffalo. Belichick is no stranger to making some big trades midseason, and if the defense doesn’t improve soon, I wouldn’t be surprised to see him pull the trigger on a trade, with Malcom Butler likely being the odd man out.

The Pats are in Florida to take on the Buccaneers on Thursday night, in a game that feels like a must win for the Patriots. Not only to keep up in the AFC East, but to get the entire team back on track.

Another team now at 2-2, the Oakland Raiders, now face some questions of their own. When Derek Carr went down after being sacked, he was initially diagnosed with back spasms. However, the next day it was reported that Carr actually had a transverse process fracture, an injury that Tony Romo suffered back in 2014. Carr has been given a 2-6 week timetable for recovery, but Romo, as well as Carr’s older brother David, only missed one game when they had the same injury.

In the meantime, the Raiders will turn to EJ Manuel, who actually looked like a capable replacement. Although just a small sample size, he looked comfortable with the Raiders, something that never really happened when he was in Buffalo. Once Carr went down, Manuel stepped in and threw for 106 yards and an interception, but seems to has the support of the Raiders locker room.

Despite looking good against the Broncos, it’s likely that the Raiders won’t rely on Manuel to carry the offense. A lot of that production should be shifted to Marshawn Lynch and the running game. If the Raiders can come out of this next stretch with a .500 record at worst, they’ll be in good shape to still compete for at least a Wild Card spot later in the season. They face their first test without Carr on Sunday as they play host to the Ravens, also at 2-2 this year.

In case you missed it, check out the Week 3 recap here.