Posted on December 6, 2018 by Thomas Waind Leave a comment

Last year the Badger’s mens basketball team was second in the OUA and first in the Western Conference with a record of 21-3 which was good enough to qualify for the USports championship as the seventh seed in Canada. This year’s team is 7-4 and the word on the street is the team looks noticeably worse.

Some would say the difference this year is the fact that face of the program Dani Elgadi graduated to play pro basketball in Germany. Others would point to the fact that unofficial season ticket-holders Adam and I haven’t been to a game since last season. It’s tough to say which is the reason.

I would trade a Wendel Clark jersey for this guy any day of the week (jersey credit to Phillip Waind) pic.twitter.com/eR8CMR51Hi

Zut alors what a jersey. Pour one out for the Nordiques team that never was. When the Nordiques got bounced to Colorado in 1995, they were the smallest market in the NHL and the second smallest market to Green Bay of the Big 4 Leagues. The unfortunate part is the team was on the upswing and won North East Division with a 30-13-5 record in the lockout shortened 1994-95 season. The following year the Avalanche won the 1996 Cup with this beauty of a roster:

Imagine how much crazier this roster would’ve been had the Nordiques not traded a 22 year-old Mats Sundin for 1 season of Wendel Clark?

might need to cop a Laine to pair with it pic.twitter.com/MM9a4MJ2Jj

The Finnish Flash. 76 goals and 132 points as rookie. Teemu was a sick sick puppy. While he may have played more seasons as a Duck and won a Cup in Anaheim, Winnipeg is where it all started. While I’m a big fan of the Winnipeg Jets revamped look, their old look is an absolute classic.

Between me and Ross Atkins… expectations are low for this jersey pic.twitter.com/qZUhNHIlhV

It was just over three years ago that the Blue Jays traded for the best shortstop in the game, 22 year-old Aaron Sanchez was throwing bullets from the bullpen and the Blue Jays were the hottest team in baseball heading into the 2013 playoffs.

Can the #BlueJays expect a full & productive 2019 season from Troy Tulowitzki?

Ross Atkins: “Candidly, and I think Troy would agree, that’s not likely… that doesn’t mean he’s not going to do it, but candidly I don’t think that’s likely.”https://t.co/BhnkcbMOJV

Here’s my defense of the Tulowitzki purchase: Tulo was my favourite non-Blue Jay before the trade, he had been one of the best shortstops in baseball and the Jays shop at the Rogers Center was sold out of Donaldson, Bautista, and Encarnacion. Right from the get go Tulo has been a let down and now he gets paid a lot of money to chill on the DL. As long as I have money in my bank account I’ll continue to buy bad jerseys.

As for Sanchez, when he doesn’t have blister issues, has shown the ability of an ace. He’s shown some command issues and might traded for prospects that better fit the Blue Jays timeline. But when he’s on, he has one of the best fastball curveball combos out there.

The Jays might be kind of crappy right now but at least we’ve had a few good seasons in the last 2 decades.

Coming in hot with back to back thrifted Bills jerseys pic.twitter.com/w92gZAmV0Y

“The guy before Brady”. The four-time Pro Bowler has become a footnote in the story of the Bellichick era. If he didn’t have a net worth estimated at $48 million I’d actually feel bad that Bledsoe got cucked by Tom Brady.

This gem of a jersey screams early 2000’s. While I love the Bufflo Bills colour scheme and would puke if this were their current jerseys, ugly throwbacks always play. This is some very nice tailgate attire.

As much as I hate the Bruins I also hate how much I like their jerseys. The jersey on the left was their main jersey in the 80’s up until 95. This jersey was worn by legends like Ray Bourque, Cam Neely and Happy Gilmore.

As for the Pooh Bear Jersey, as I’ve said above, ugly throwback jerseys always play. I’d rock a Jumbo Joe Thornton Pooh Bear jersey in a heart beat. Bruins hate aside they have some clean looks.

Here's what the @Blitzboks will be running out in as a tribute to Nelson Mandela, who would have been 100 this year #CapeTown7s pic.twitter.com/jRHfBjSsKP

Here is the inspiration behind the design of our new Atlanta Hockey Heritage third jersey that debuts TOMORROW NIGHT! #ATLHockey #BrothersByBlade pic.twitter.com/rBnHgtDHv1

Nike has now had 19 of 20 college football playoff teams.

Notre Dame (Under Armour) becomes the first non-Nike team since playoff started in 2014.

Nike>Under Armour any day of the week.

Jaguars fan wants to support his QB today. No chance he’s doing anything more than this. pic.twitter.com/MBOZVVrS3y

Great look at how the #GoBucs uniforms numbers reflect in light and in shadows. Their “Alarm Clock” numbers pop at the correct angle. However, you rarely see this during a game. @UniWatch @PhilHecken @sportslogosnet pic.twitter.com/h0Il2LcrS9

For Saturday's #ArmyNavyGame, @ArmyWP_Football is honoring the First Infantry Division and commemorating 100 years since the end of WWI with these striking "Big Red One" uniforms. Full story here:https://t.co/ReTD7i056w pic.twitter.com/CauB9tWUAa

All in the family. 👬 pic.twitter.com/vuiClgifIA

Could #NHLSeattle rock a "plaid" uniform? It'd be unique. I created a "Plaid-Cut" jersey over at #TheBattleofSeattle …It's not sublimated or screened, but uses traditional hockey sweater seams with the right colours to create the effect…Would work well with several names… pic.twitter.com/aTAToZwMUQ

Saw these posted earlier today and think they would be sick jerseys for the Seattle Totems! pic.twitter.com/9owea4Fnci 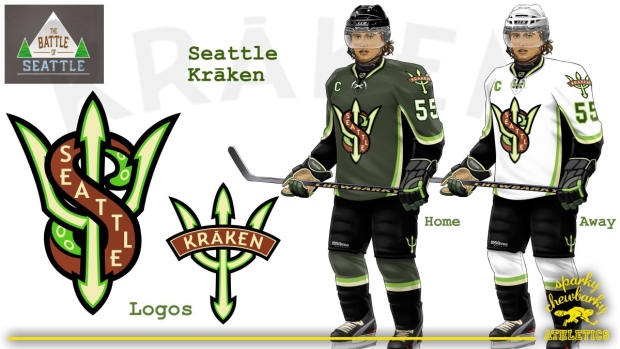 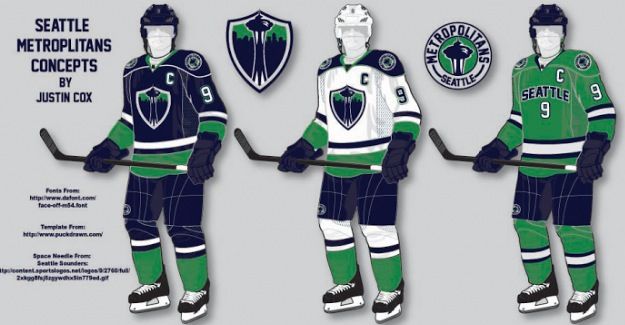