Posted on November 13, 2017 by Cameron Burgess Leave a comment

Part 29 of 31 in our NHL previews where Ballantyne, Waind and I rank each NHL team 1 through 31 and give you an outlook on their season. Starting from the worst, we’ll be giving you the reasons why we ranked each team where we did.

Last season brought a familiar outcome for the Washington Capitals: another second round playoff exit. Despite a Vezina calibre performance from Braden Holtby and the addition of Kevin Shattenkirk at the trade deadline, the Capitals season ended the same way it seems to end every other year. A regular season good enough to earn the Presidents’ Trophy, followed by a second round exit. It seems like the Capitals have been one of the most dominant teams over the last decade, but really have nothing to show for it. With Alex Ovechkin now on the wrong side of 30, the window of opportunity for him to bring a Stanley Cup to Washington may be starting to close. 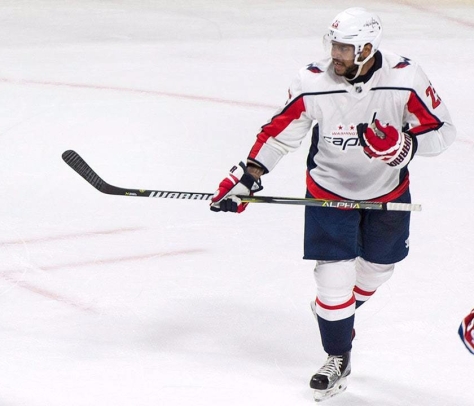 This offseason was a rough one for Washington. After building a roster that looked like it was finally going to be the one to win a Cup, the Capitals were stuck in a salary crunch and forced to let some of their key players walk. Shattenkirk, Williams and Alzner all left in free agency, while Johansson was traded to the Devils in exchange for some draft picks but no immediate help. Despite the loss of these players, the Capitals still have a strong core remaining. As we’ve already seen this season, Ovechkin is still a dominant player and goalscorer, Holtby is still in the prime of his career, and Evgeny Kuznetsov and John Carlson have stepped up to fill the gaps created in the offseason. To fill the rest of those open roster spots, the Capitals will be relying on a lot of their prospects to fill in and play some meaningful minutes when called upon.

For the Capitals to still remain a dominant team in the league, their stars are going to have to play like stars every single night. The Capitals might not be one of the favourites to win the Stanley Cup anymore, but that doesn’t mean they’ll be an easy team to play against either.

The most dangerous player on the Capitals is still The Great 8, who finished last season with 33 goals and 36 assists for 69 points. His 17 powerplay goals put him first place on the team, with 9 more than the next highest player. We have already seen this season that Ovi is still an elite player after seeing him score 7 goals in the first two games of the year. He’s cooled down a bit since then, but he’s still a player that can come alive at any moment and win a game almost all by himself. One of the things about Ovechkin that makes him different than many of the other elite players in the NHL is his physical style of play. He’s never been one to shy away from contact, and actually finished last season with 216 hits. That was good for 21st place in the league, and ahead of some names like Milan Lucic, Zack Kassian and Dustin Brown. Now at 32, Ovi really isn’t showing any signs of slowing down, and that’s good news for the Capitals as they look to finally get past the second round.

Braden Holtby has been one of the best goalies in the NHL over the last few seasons, and there’s no reason to believe that his performance will drop off any time soon. Posting a 2.07 GAA and .925 SV% last season put Holtby in the running for Vezina Trophy, and if not for the resurgence of Bobrovsky and the Blue Jackets, it’s likely that he would’ve won his second award in as many seasons. Having Holtby in net gives the Capitals freedom in the offensive zone, with defensemen being able to join the attack and not have to worry too much about being caught out of position knowing that Holtby can bail them out more times than not. In his time between the pipes for the Capitals, Holtby has been rock solid, recording 200 wins and 32 shutouts in 319 appearances. With his 200th win, Holtby became the second fastest player to reach the milestone behind only Ken Dryden.

After loading up on some big names trying to bring the Stanley Cup to Washington for the first time in franchise history, the Capitals were forced to watch some important players walk this past offseason. The result? A lack of depth, both up front and on the blue line. Three of Washington’s defensemen are prospects that have now been thrown into the starting lineup to fill the gaps left by Shattenkirk and Alzner. Christian Djoos, Taylor Chorney and Madison Bowey are some of the names expected to anchor the Capitals blue line. Up front, journeyman Devante Smith-Pelley has found a spot on the first line, and that should tell you all that you need to know about the situation the Capitals are in right now. Oshie is obviously the better player, but playing him on the second line with Backstrom allows the Capitals to balance their lines a bit more so that they can have two decent lines. But outside of Ovi, Kusnetsov, Backstrom and Oshie, the Captials forwards are made up of a bunch of young players fighting for a roster spot or some veterans hoping to stick around in the NHL just a little bit longer.

The Capitals best prospect is one that almost has no chance of making it to the NHL anytime soon. Ilya Samsonov was the Capitals first round pick in 2015, but the 20 year old has one major obstacle in the way of his NHL debut, and that’s Holtby. The Russian goalie is arguably the top goaltending prospect, but with a Vezina winner between the pipes for the Capitals already, it’ll be a while before Samsonov gets his chance in the NHL.

Meanwhile, Washington has been loading up on defense prospects recently, with 5 of their top 10 rated prospects being defensemen including their first pick of the 2017 draft, Tobias Geisser. The Swiss defenseman looks to be an important part of the Swiss national team at the World Juniors this year in Buffalo, but it still a few years away from pushing for a spot with the Capitals.

With Shattenkirk and Alzner gone, Carlson has stepped up to fill that #1 defenseman role and he’s exceeding all of the expectations set for him. While it’s no surprise that he’s been playing well he’s been putting up some good scoring numbers, it’s surprising that Carlson has been playing so well in his expanded role with the team. Last season, he averaged 22:43 minutes of ice time per game, placing him 35th in the league. Now, as the the Capitals best option (and honestly one of the only legitimate options on the team), Carlson has seen his average ice time jump up to 27:20. That’s more than anybody else in the NHL. With that increased ice time, Carlson has managed to score twice, adding 11 assists for 13 points through 18 games so far this season. With the Caps blue line lacking experience this season, Carlson becomes one of the most important players on the team.

It’s hard to see the Capitals repeating to win the President’s Trophy this season, and it’s likely they won’t even be the top team in their division this year. But betting against Ovi and the Caps? I wouldn’t do it. There is still too much skill on this team to question whether or not they’re still good. Are they set to finally make a Stanley Cup Final appearance? Not likely. But as far as the regular season goes, the Capitals are still good enough to keep pace with the top teams in the league.