Posted on November 23, 2017 by Thomas Waind Leave a comment

After over a month of cranking out hockey analysis and searching for compelling storylines on some really vanilla hockey teams (here’s looking at you Detroit), we have finally wrapped up our NHL team previews. Here is a quick Cliff Notes version of all of our our rankings and analysis, each with links to the full articles. Take a shot anytime Burgess names a specific goalie by name as their team’s “strength” and anytime Ballantyne or I mention the Leafs and you might only make it to the fifth preview. With the hockey season well under way some of our takes haven’t aged well. That being said I honestly believe that we did nail some of them. Enjoy!

Waind: “They are a young team that can certainly improve through the internal growth of their roster and some bounce back seasons from their veteran supporting cast. A respectable season calls for significant improvements across the board, but given the inherent potential of their personnel, the Avalanche could be better than you’d think. They certainly won’t be worse.

Burgess: “If Vegas is able to find their scoring touch, they could get a few wins this year. I still wouldn’t expect a playoff appearance, but it’s entirely possible that the Golden Knights are a competitive team this year.”

Ballantyne: “Listen, I had this team ranked behind the Vegas Golden Knights… that’s how bad this year could be. Worse than an expansion team. I know I may sound dramatic, but the Canucks are in full bottom-out mode and it looks like they’ve finally accepted that fate.”

Waind: “I’m not as pessimistic on Detroit as some. I actually like this team as a frisky middle-of-the-pack team with the potential to squeak into the playoffs if everything breaks right.”

Burgess: “The Devils seem to be stuck between trying to add to the core that they’ve already established, or blowing it up and going for a total rebuild. With a group of talented players who are still in their prime, it’s tough to give up and dedicate to a rebuild.”

Ballantyne: “The Coyotes are simply in transition in the development developmental stage at this point in time and are lacking veteran presence on the roster.”

Waind: “They have the bones of a good hockey team but need to round out the roster and tighten up their systems before they can make any noise. I’m still a bit more pessimistic on them than some of the other Atlantic division teams because of their weak blueline and goaltending.”

Burgess: “The foundation for a team is there, but the addition of a real starting goalie and a few depth forwards can turn this team from pretender into contender very soon.”

Ballantyne: ” I apologize for the harsh words, but hey’d better hope the breaks go their way, because if not, it may turn out to be their last season with John Tavares on their side.”

Waind: “They are a far better team than their record showed last season. That being said I don’t think that they have the jam to leapfrog Tampa Bay, Toronto, Boston, Ottawa AND Montreal to contend for the Atlantic division title. They are prime suspects to be in the Wild Card hunt late into this season.”

Burgess: “If the guys they pay to be their top players perform like top players, and Quick stays healthy for full year, the Kings should find themselves in a playoff spot come April.”

Ballantyne: “I believe this team can actually be one that can push up against the final playoff spot. That being said, I can’t stress enough how much of that rides on Scott Darling living up to the starters billing he’s been pegged with.”

Waind: “I’m actually a big believer in this team’s talent. They just have so many blue chip guys on the backend and more than enough playmakers at the top of their lineup that they shoud be knocking on the door of contention.”

Burgess: “Pittsburgh, Washington and Columbus will likely get the three playoff spots in the Metropolitan Division, leaving New York fighting for a wild card spot again. Despite how tough this division is, I’m still finding it hard to bet against the Rangers. The addition of Shattenkirk could be the most important move the Rangers have made in a while.”

Ballantyne: “I just can’t wrap my head around putting a team any lower on this list than 14 when they will always have one or more reliable, battle tested defensemen like Giordano, Brodie, Hamilton and Hamonic on the ice. As long Johnny Hockey, Monahan and the boys up front pot their fair share of goals, we’ll see these Flames burning teams come spring.”

Waind: “They’ve got an elite goalie, crazy depth down the middle, and two of the league’s best goal-scorers in Pastrnak and Marchand. At what point will these guys just crap out? They aren’t going to win a Cup so long as Chara is still their minute-eating blueliner, yet they continue to hang around the playoff picture like a cockroach.”

Burgess: “This team will go as far as a one-legged Erik Karlsson can carry it, which although doesn’t sound too promising, is actually a lot farther than you might think.”

Ballantyne: “Burns and Pavelski are incredible talents, and Jones, Vlasic and Couture are solid too, but if this group misses the playoffs…have we seen the end of these Sharks as we know them?”

Waind: “After decades of watching losing Leafs hockey–if the losses weren’t enough they typically happened in the most embarrassing and ugly fashion–I am all in on this next generation of Maple Leafs.”

Burgess: “The Blues have been a strong team for the last few years, and with that group still there it’s likely that the Blues are set for another strong season this year. It seems like as long as Tarasenko and Pietrangelo are there that the Blues are a pretty safe be to find themselves in a playoff spot come April.”

Ballantyne: “I wanted to rank this team lower, but I couldn’t justify dropping the Atlantic Division champs of a year ago much further. They’ve had a brutal start to 2017-18 so maybe we were too generous with our original rankings. ”

Waind: “The Oilers should be a playoff team this year and they will be exciting. I just don’t think they’re quite Cup contenders yet. Based on the timing of their young players’ development as well as when the extensions start to hit, I feel like this teams window is still at least a year away.”

Burgess: “While topping last year could be tough, and they have the disadvantage of playing in the same division as Washington and Pittsburgh, the Blue Jackets are right and the edge of being a legit contender.”

Ballantyne:  “I’m a believer in this Ducks group; with reliable goal scorers and a tight defensive system already in place, this Anaheim team can be one of the best in the league this season… and Randy doesn’t give sh*t what you think.”

Waind: “This is a tough team to read. We’ve seen this same core of players dominate  and fail over the last couple of seasons. A conservative look would say that maybe this team is middle of the pack. But, after their huge offseason spending spree, it’s tough not to drink the Kool Aid.”

Burgess: “The end of this dynasty may be in sight, but for right now they’re still too good to not be able to compete. They might not be the best in their division this year, but they’re still making the playoffs and we’ve seen that come April anything can happen. ”

Ballantyne: “The playoffs were a failure for them last year, and I doubt we’ll see another 12-game win streak from them once again. They have the pieces up front, a solid enough defense corps, and a high-end goaltender; so they’re a playoff team in my mind. But anything more than that?” 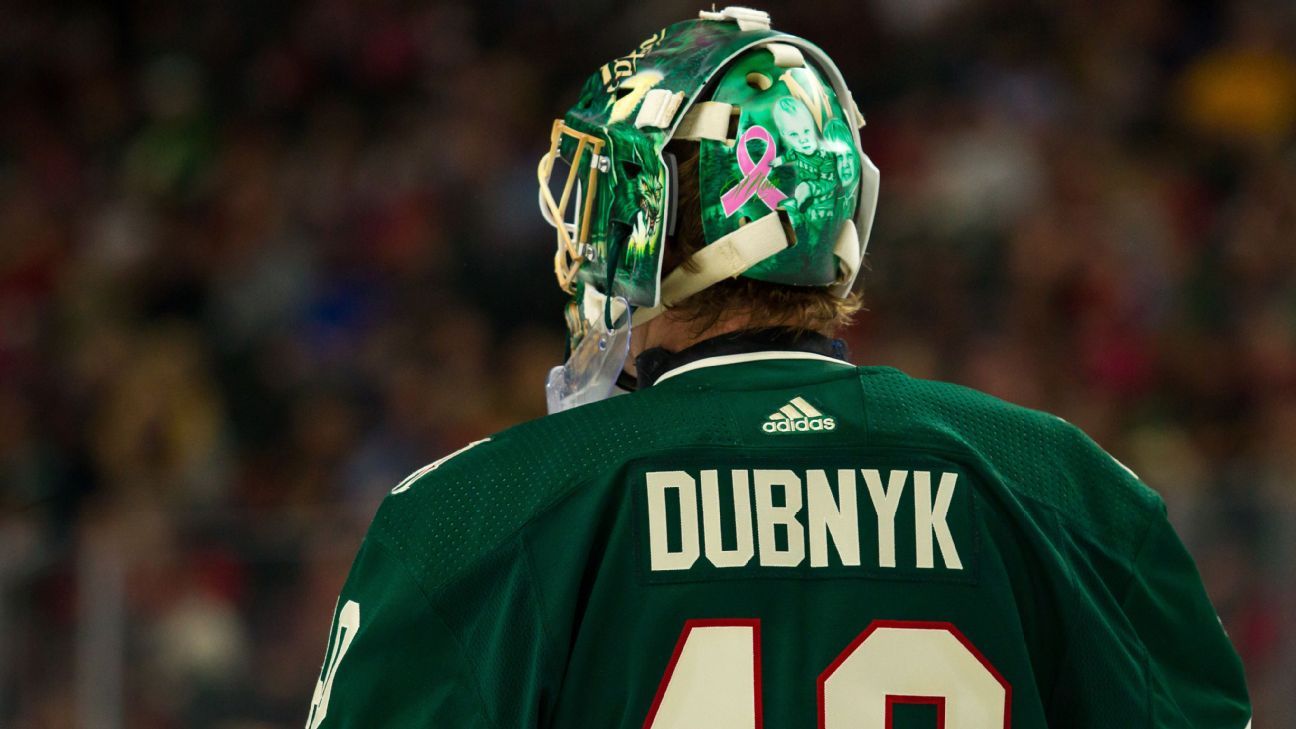 Waind: “This team has it all.”

Burgess: “Are they set to finally make a Stanley Cup Final appearance? Not likely. But as far as the regular season goes, the Capitals are still good enough to keep pace with the top teams in the league.”

Ballantyne: “There’s no reason to believe we won’t see Smashville and an excessive amount of Catfish for an extended period come playoff time.”

Waind: “This team still remains one of the most talented rosters in the NHL and are poised to make history and have a legitimate shot at winning back-to-back-to-back Stanley Cups. It would be pretty cool to see and would cement their status as a ‘modern day dynasty’.”